An early spring brew of Fast Forward. This brew follows up the October brew of Fast Forward which turned out to be less than spectacular due to a missed Original Gravity. In this brew, the second beer of the day, I will attempt to overcome the missed mashed experienced previously.

Brew Day:
Mash and batch sparge went smoothly with mash temps around 155ºF throughout the mash. Stirred once during 60 minute mash time.
Sparge used to much water resulting in too much wort in the boil kettle. (Used initial volume for 2nd batch instead of a smaller volume)
Boil was harder than normal to reduce liquid volume which was around 8 gallons after sparge volume mix up.
No issues with Hop additions.

Fermentation:
Temperature was held near 62º-64ºF throughout primary fermentation.
The krausen seen in the photo below is from around 24 hours after the yeast had been pitched. Fermentation was very active from 24-72 hours, including one airlock blowoff, after which a blowoff tube was used instead. Fermentation continued to be active but slowing. Around day 14 airlock activity were no longer observed. 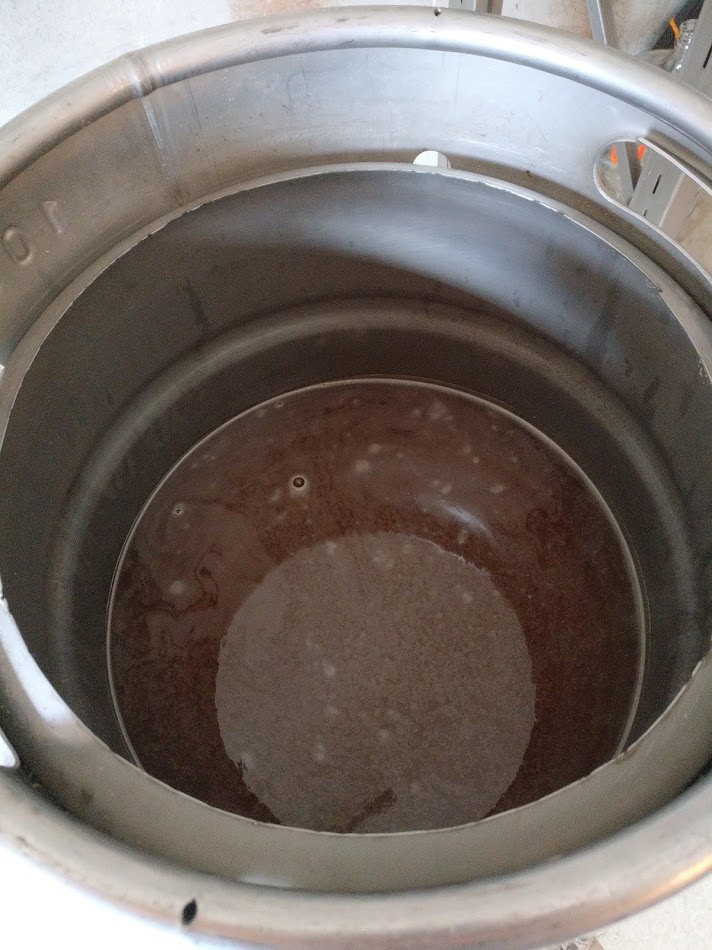 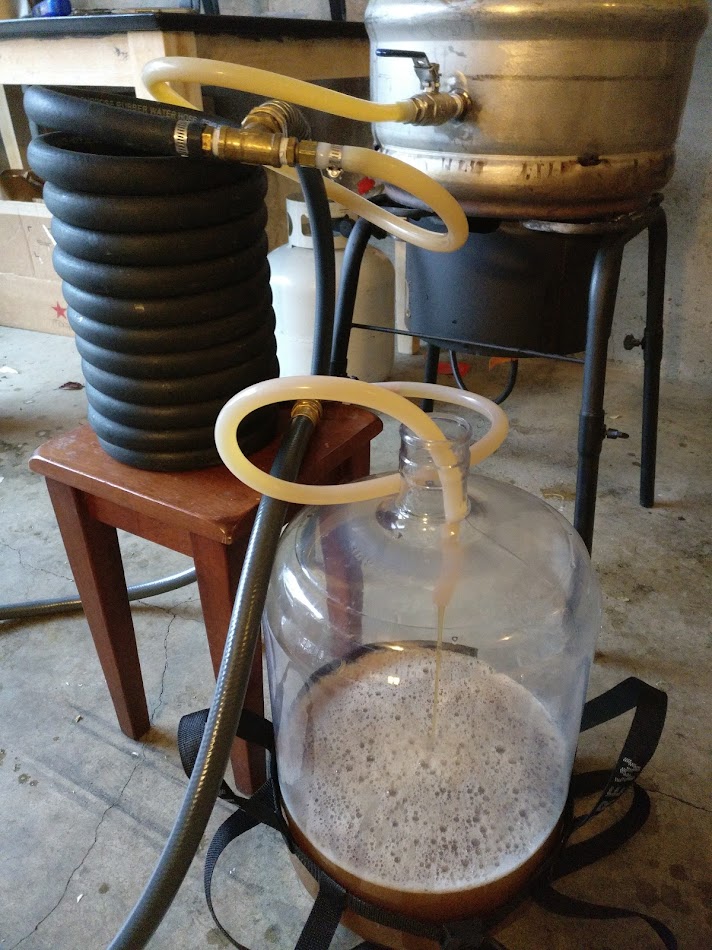 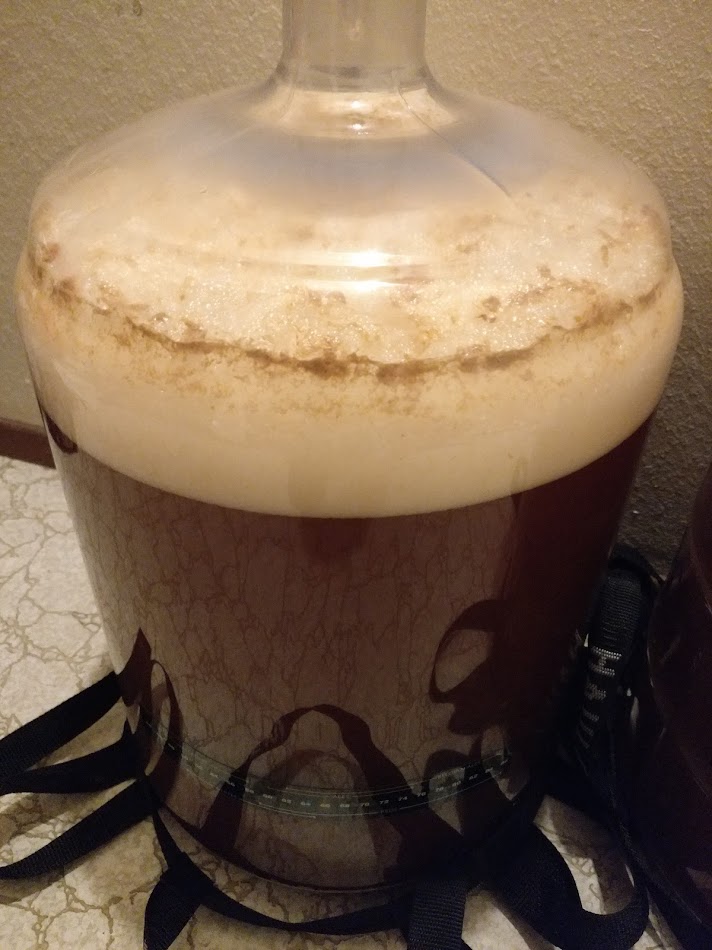